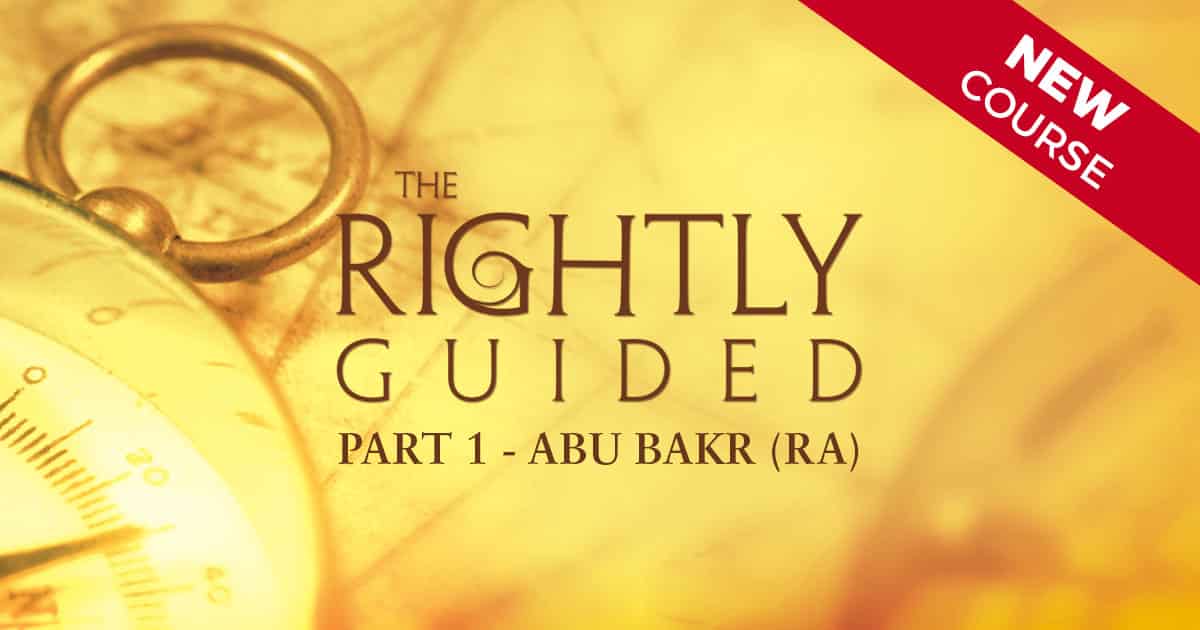 This is the first of a 4-part online course on the detailed study of the lives of the giants of Islam, a journey through the golden era of Islam. Be with them before Islam, as aids to the Messenger ﷺ, as defenders of his honour, as followers of the letter, as leaders continuing the message. Learn and study the unique traits that made each a leader par excellence.

Learn their manners and behaviour, their faith and resolve, their social and political outlooks, their lives from beginning to end.

This course is unique in presenting history because it is based upon the works of some of the best and most authentic historians. You will learn about the controversial events that led to the Sunni-Shia divide. You will be able to understand the root cause of this divide and why it still exists today. The focus of the course is to engage in analysis of the major incidents and draw practical benefits from what we learn.

“And the foremost of the Muhajireen and the Ansar and those who followed them. Allah is well-pleased with them as they are well-pleased with Him. He has prepared for them Gardens under which rivers flow, to dwell therein forever. That is the supreme success.” (Surat al-Tawbah, 9:100)

Be prepared for an amazing online course with video and audio lessons packed with detailed analysis and gems, notes, slides and a certificate of completion. The history of the Caliphs is the history of Islam!