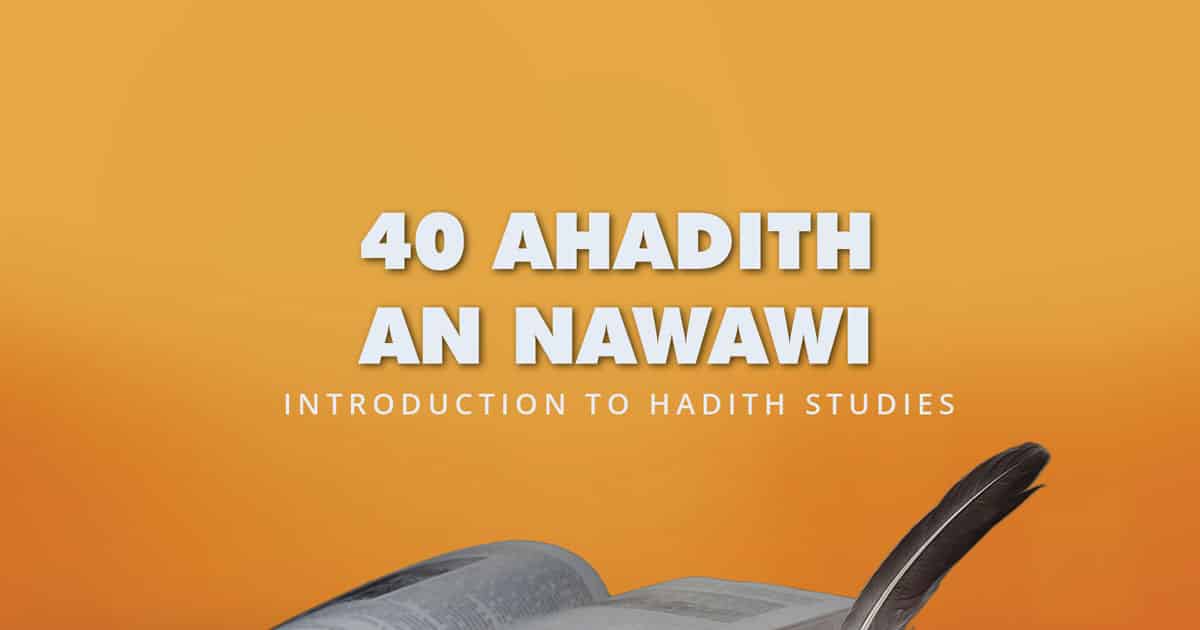 Introduction to the Course

The famous collection of the 40 ahadith of Imam An Nawawi (may Allah have mercy on him); the actual book is titled ‘Al ‘Arbain fi mabani al Islam wa qawaid al Ahkam’.  It contains 42 specific ahadith that provide a comprehensive overlook of the Message of Islam.  Twenty-six of then were originally collected by Ibn Salah (may Allah have mercy on him), upon which Imam An Nawawi added the remaining 16.

Imam An Nawawi mentions in his introduction:

“Everyone who desires and looks forward to the Hereafter must be familiar with these hadeeth because they cover the most important aspects of the religion and offer direction to all forms of obedience of Allah. This is clear to anyone who ponders these hadeeth”

The 40 Ahadith cover topics such as:

Objectives of the course: